New fire safety regulations for single-storey buildings have appeared in several countries (Belgium, Spain and France) that could significantly reduce the application of steel in this type of building.

In order to provide strong technical arguments and solutions to avoid the introduction of excessive fire resistance requirements in the single-storey field throughout Europe, an ECSC research project ‘Fire safety of industrial halls and low-rise buildings’ has been carried out, with completion in 2007.

The project clearly demonstrated that a steel structure, if designed appropriately, fulfils the safety requirements in case of fire in terms of ‘non-progressive collapse’ and ‘nondangerous failure type’. On the basis of a series of parametric studies, several simple design rules and some key construction details have been proposed in order to help engineers to design safe steel structures for single-storey industrial buildings.

Dissemination of these results was an important aim of the project. Therefore the following actions have been taken.

- The simple design rules and construction details worked out for single-storey industrial buildings have all been summarised in a design guide.
- A background document has been created in order to give more detailed information from previous research, provide a summary of several European national requirements in fire regulation and include a survey of real fire cases.
- User-friendly ‘LUCA’ software has been developed for more efficient application of the design guide.
- Technical seminars have been organised in order to communicate all the abovementioned design tools to engineers in several European countries Additionally, a simplified method to evaluate heat flux depending on the distance from the façade is reported on in this project.

The method has been developed within a French national project, and includes large number of real scale fire tests in order to validate the methodology. 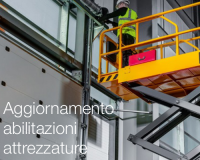