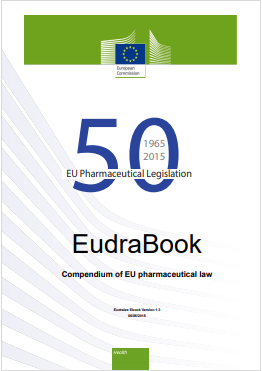 2015 marks the 50th anniversary of pharmaceutical legislation in the EU, which began with Directive 65/65 in 1965 in the wake of the Thalidomide disaster.

The EU legal framework for medicinal products for human use guarantees high standards of quality and safety of medicinal products and intends to promote the functioning of the internal market, with measures which encourage innovation and competiveness in Europe. It is based on the principle that medicinal products may be placed on the market only following a marketing authorisation granted by the competent authorities.

A large body of legislation has developed around this principle, with the progressive harmonisation of requirements for the granting of marketing authorisations since the 1960s, implemented across the whole European Economic Area.

Nowadays, medicinal products may be either authorised centrally by the European Commission or nationally by Member States’ competent authorities. The European Medicines Agency, established in 1995, underpins the centralised authorisation procedure and supports coordination between national competent authorities. The Agency is the hub of a European medicines network comprising over 40 national regulatory authorities guaranteeing a constant exchange and flow of information regarding the scientific assessment of medicinal products in the EU.

The EU legal framework is definitely not an area in which the law stands still. Quite the contrary, its history is marked by a constant ambition to improve its functioning or tackling shortcomings in order to guarantee the right balance between early access of patients to new medicines and high standards of quality and safety. Moreover, over the past 50 years science has developed. New technologies and further knowledge about diseases led to the introduction of new concepts or re-shaping of existing medical therapies that were subsequently mirrored in legislation.

The pharmaceutical sector is characterised by an abundance of guidelines intended to help and support the key players in the application of the EU legal framework. Still, the guidance documents would be nothing without the basic legislation on which they build.

To understand the EU legal framework for medicinal products it is important to know the applicable provisions of the legislation itself. This E-Book is intended to support readers in this regard by putting together the most recent versions of the key legal instruments on medicinal products for human use. It provides a useful overview for stakeholders, especially the pharmaceutical industry, regulatory authorities, legal practitioners, but also interested citizens, patients and healthcare professionals.