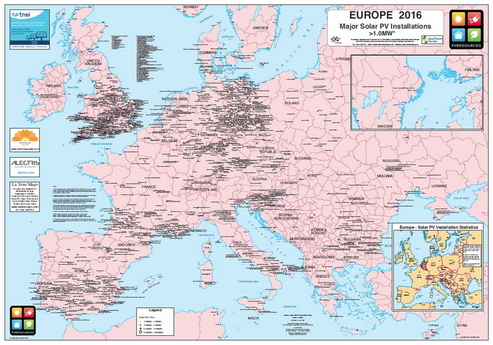 An Industrial Competitiveness Strategy for the Solar Value Chain in Europe

Please download here a map of Europe that locates the major solar PV installations of more than 1.0MW power that were in function in 2016.

SolarPower Europe is a member-led association representing organisations active along the whole value chain. Our aim is to shape the regulatory environment and enhance business opportunities for solar power in Europe.

While the global solar market outside Europe is strongly growing, Europe's new installation volumes have been decreasing steadily. In 2016, global solar demand increased by 50% which is in stark contrast to Europe, where demand decreased by over 20%. Moreover, between 2008 and 2014, solar production jobs shrank from over 60,000 to less than 20,000 in Europe.

This development is unacceptable for a European sector and technology, which will be the main pillar of the world's future energy supply. Europe needs an over-arching strategy for the solar power sector. With several solar stakeholders - from European researchers, production equipment suppliers, raw and processing materials companies to inverter manufacturers, still being world leaders in their fields, it is of utmost importance to act now, so that Europe is not losing any further ground in the field of solar power.

For this reason SolarPower Europe is pioneering an industrial competitiveness strategy for solar in Europe. After twelve months of intensive engagement, the European Commission is now proposing to act to support our initiative (see Second Report on the State of the Energy Union and Clean Energy For All Europeans). Thus, now is the time to come together and work with us to develop a meaningful framework for the development of supply side initiatives for solar in Europe.

The SolarPower Europe concept paper has the following objective: the EU taking the global leadership on the existing and next generation of solar technologies, manufacturing and services.

2. R&D&I is adequately supported over the coming decade, across the value chain, especially in segments where Europe is currently a front-runner

3. European-based technology and service providers are present in all major emerging markets and support a substantial share of the European market

4. Ensure that at least 70% of the overall solar value chain remains in Europe

At the first scoping meeting on 31st May 2017 Riccardo Amoroso, Vice-President of SolarPower Europe and CIO of Enel Green Power, outlined the key elements of an industrial strategy for Enel. You can download the presentation here. 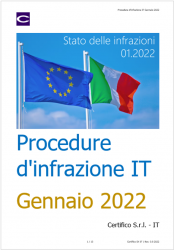