The Emergency Response Guidebook: A Guidebook for First Responders During the Initial Phase of a Dangerous Goods/Hazardous Materials Transportation Incident (ERG) is used by emergency response personnel (such as firefighters, and police officers) in Canada, Mexico, and the United States when responding to a transportation emergency involving hazardous materials.

First responders in Argentina, Brazil, and Colombia have recently began using the ERG as well.

The ERG is primarily applicable for hazardous materials transported by highway and railway, but also is applicable for materials transported by air or waterway, as well as by pipeline. It was first issued by the US Department of Transportation in 1973, but later became a joint publication of the Department of Transportation (US DOT), Transport Canada (TC), and the Secretariat of Communications and Transportation (SCT) of Mexico, with collaboration with the Chemistry Information Center for Emergencies (CIQUIME) of Argentina.

The ERG is issued every 4 years, with editions now being published in Spanish (Guía de Respuesta en Caso de Emergencia).

In 1996 it was published as the North American Emergency Response Guidebook, but by the next publication in 2000 "North American" was removed due to its use by several South American countries).

The ERG "is primarily a guide to aid first responders in quickly identifying the specific or generic hazards of the material(s) involved in the incident, and protecting themselves and the general public during the initial response phase of the incident" and should only be used for the "initial response phase" (about the first thirty minutes) of an incident.
It is divided into six color-coded sections (white [uncolored], yellow, blue, orange, green, and a second white [uncolored]).

The primary purpose of ERG is to direct the emergency responders to the most appropriate of these guides, based on the incident. The ERG also provides guidance regarding recommended evacuation distances, if applicable, in the Green Section. 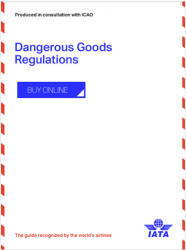