Recommendations on the Transport of Dangerous Goods, Manual of Tests and Criteria

The Manual of Tests and Criteria contains criteria, test methods and procedures to be used for classification of dangerous goods according to the provisions of Parts 2 and 3 of the United Nations Recommendations on the Transport of Dangerous Goods, Model Regulations, as well as of chemicals presenting physical hazards according to the Globally Harmonized System of Classification and Labelling of Chemicals (GHS).

As a consequence, it supplements also national or international regulations which are derived from the United Nations Recommendations on the Transport of Dangerous Goods or the GHS.

At its sixth session (14 December 2012), the Committee adopted a new set of amendments to the fifth revised edition which are reproduced in this Amendment 2. 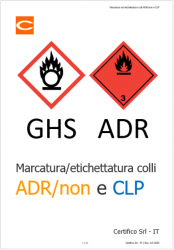