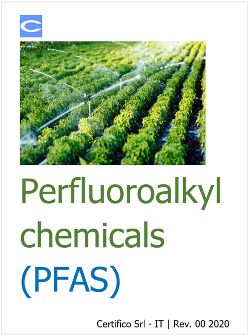 Per- and polyfluoroalkyl substances (PFAS) are a large family of thousands of synthetic chemicals that are widely used throughout society and found in the environment.

They all contain carbon-fluorine bonds, which are one of the strongest chemical bonds in organic chemistry. This means that they resist degradation when used and also in the environment. Most PFAS are also easily transported in the environment covering long distances away from the source of their release.

PFAS have been frequently observed to contaminate groundwater, surface water and soil. Cleaning up polluted sites is technically difficult and costly. If releases continue, they will continue to accumulate in the environment, drinking water and food.

What are PFAS and what are they used for?

PFAS have a wide range of different physical and chemical properties. They can be gases, liquids, or solid high-molecular weight polymers. They are sometimes described as long-chain and short-chain as a way to group PFAS that may behave similarly in the environment. PFAS are also grouped into subgroups in various other ways based on their structure.

PFAS are widely used as they have unique desirable properties. For instance, they are stable under intense heat. Many of them also have surfactant properties and function, e.g., as water and grease repellents.

Over the past decades, global manufacturers have started to substitute long-chain PFAS with shorter-chain PFAS or with non-fluorinated substances. This trend has been driven by the fact that the undesired effects of long-chain PFAS on human health and the environment were assessed and recognised first by scientists and authorities around the globe. Short-chain PFAS can also have similar or other properties of concern.

What are the concerns?

Their release and mobility in water and air causes contamination to groundwater and drinking water, which is difficult and costly to avoid. Certain PFAS are known to accumulate in the bodies of living things and cause toxic effects. Certain PFAS are toxic for reproduction and can harm the development of foetuses. Several PFAS have been demonstrated to cause cancer. Some PFAS are also suspected of interfering with the human endocrine (hormonal) system, but testing in this area is ongoing.

PFAS are released into the environment from direct and indirect sources, for example, from professional and industrial facilities using PFAS, during use of consumer products (e.g. cosmetics, ski waxes or clothing) and from food contact materials. Humans can be exposed to them every day at home, in their workplace and through the environment, for example, from the food they eat and drinking water.

How are PFAS regulated in the EU?

Since 2009, perfluorooctane sulfonic acid and its derivatives (PFOS) have been included in the international Stockholm Convention to eliminate their use. PFOS has already been restricted in the EU for more than 10 years, under the EU’s Persistent Organic Pollutants (POPs) Regulation

In addition, the Stockholm Convention regulates the global elimination of perfluorooctanoic acid (PFOA), its salts and PFOA-related compounds.

Perfluorohexane sulfonic acid (PFHxS), its salts and PFHxS-related compounds are being considered for inclusion in the Stockholm Convention and consequent global elimination.

The manufacture and use of some PFAS are already restricted under REACH.

PFOA and its salts are listed in entry 68 of the restriction list. The entry covers PFOA, its salts and related substances. There is also a draft delegated act by the European Commission amending the POPs Regulation to eliminate the use of the substance. If approved, it will come into force on 4 July 2020, and the restriction entry under REACH will be superseded by the global elimination under the Stockholm Convention.

There is also an ongoing restriction proposal by Germany and Sweden for the following perfluorinated carboxylic acids (C9-14 PFCAs) including their salts and precursors:

ECHA’s scientific committees have provided their opinion on the proposal and support the restriction. This group is also among the substances being considered by the EU as potential candidates for the Stockholm Convention.

Norway has proposed a restriction on perfluorohexane-1-sulphonic acid (PFHxS), its salts and related substances that is currently being discussed in ECHA’s scientific committees. The opinion of the committees is expected in the first half of 2020. This substance group has also been recommended for inclusion to the Stockholm Convention, therefore a global restriction is highly likely in the coming years.

The Netherlands and Germany, with support from Norway, Denmark and Sweden, have shown interest in preparing a restriction proposal to cover a wide range of PFAS uses – in support of the statements made in the Environment Council in December 2019. They are organising a call for evidence to get more information for such a proposal from 11 May until 31 July 2020.

Furthermore, ECHA and the European Commission are currently carrying out several studies related to PFAS used in fire-fighting foams and textiles. This will provide essential information that will be relevant for ongoing or future restriction work.

A number of other PFAS are on the REACH Candidate List of substances of very high concern (SVHC).

In June 2019 and January 2020, two PFAS groups were identified as SVHCs. The SVHC identification was based on their persistence, mobility and toxicity, which were considered to pose a threat to human health and wildlife when exposed through the environment (including through drinking water). This SVHC identification identified these PFAS as of equivalent concern to carcinogens, mutagens and reprotoxicants (CMRs) and persistent, bioaccumulative and toxic/very persistent and very bioaccumulative (PBTs/vPvBs) chemicals.

2,3,3,3-tetrafluoro-2-(heptafluoropropoxy)propionic acid, its salts and its acyl halides (HFPO-DA), a short-chain PFAS substitute for PFOA in fluoropolymer production, was the first substance added to the Candidate List. Its ammonium salt is commonly known as GenX.
perfluorobutane sulfonic acid (PFBS) and its salts, a replacement of PFOS.

Evaluation of substances under REACH

Several additional PFAS are on the list for evaluation (Community rolling action plan) over the coming years or have already been evaluated. The evaluation aims to clarify initial concerns on the potential risk to human health or the environment that manufacturing or using these substances could pose.

A few PFAS already have a harmonised classification and labelling under the CLP Regulation. These include:

Perfluoroheptanoic acid has been proposed for harmonised classification and labelling and is in opinion development at the moment.

An informal coordination group of several EU Member States, ECHA and the European Commission has, since 2014, screened data on PFAS contained in ECHA’s registration database and coordinated group-based regulatory work.

Despite an efficient approach compared to regulating substance by substance, work has only been able to cover the PFAS groups of highest urgency due to the very large number of PFAS.

ECHA’s database contains information of over 2 000 individual PFAS on the EU market. These belong to a variety of subgroups and it seems, based on the experience that it would take too long to assess and, where relevant, manage risks subgroup by subgroup. Therefore, ECHA acknowledges that a holistic group approach to the regulatory assessment and risk management needs to be explored, as requested in the proposal for an EU strategy for PFAS, submitted to five Commissioners from several Member States in December 2019.

The provisional agreement by the European Parliament and the Council in December 2019 on the recast of the Drinking Water Directive includes a limit of 0.5 µg/l for all PFAS. This is in line with a grouping approach for all PFAS.

This agreement is now subject to formal approval by the European Parliament and the Council. Following approval, the Directive will be published in the EU's Official Journal and enter into force 20 days later.

PFAS are released into the environment through industrial manufacturing not directly linked to food production and through the use and disposal of PFAS-containing products.  However, as often with persistent pollutants, they end up in the food chain. The main contributors to human dietary exposure are certain vegetables but drinking water is also an important source. Some PFAS also accumulate to human bodies through fish and seafood, meat and meat products, eggs, milk and dairy products.

The European Food Safety Authority (EFSA) is held a public consultation on its draft opinion on PFAS, which ended on 20 April 2020. 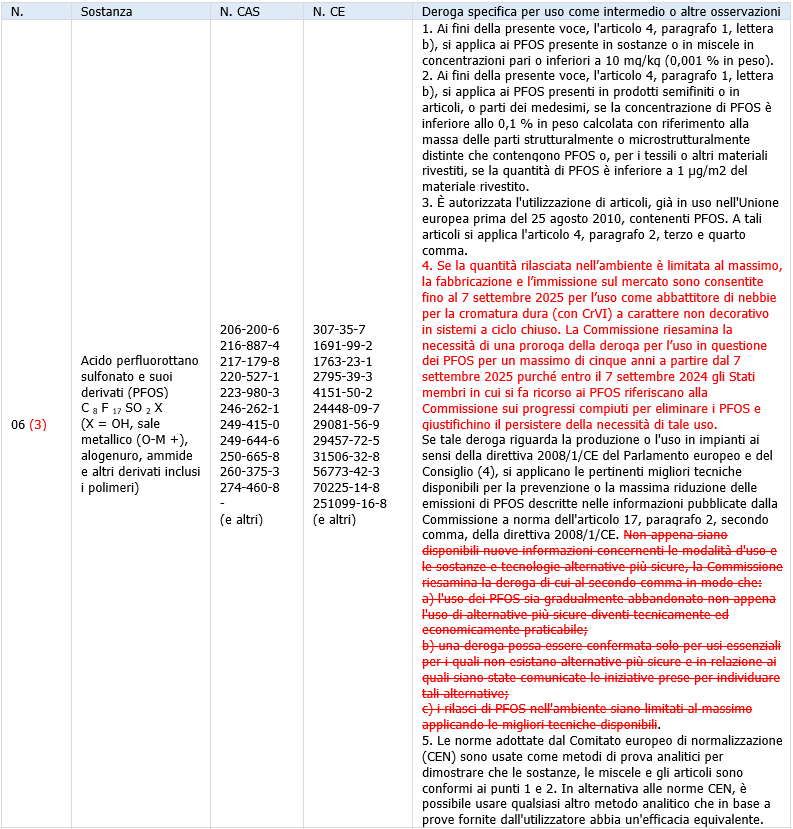 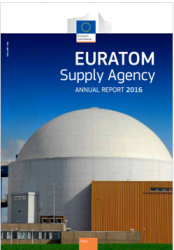 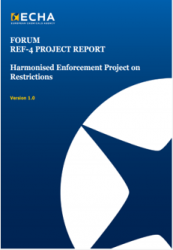 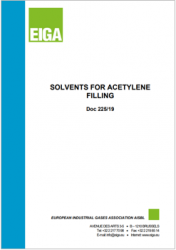 Solvents for acetylene filling EIGA, Doc. 225/19 Acetylene is a chemically unstable gas which can... 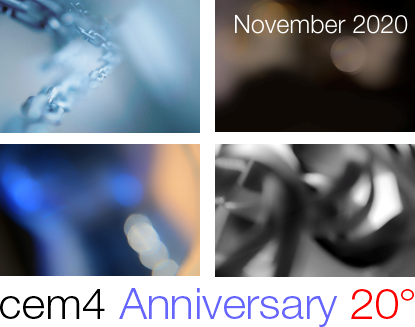 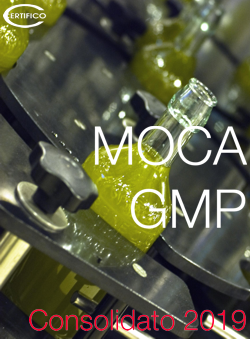 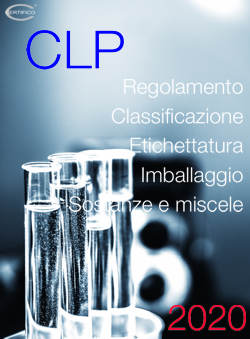 Stainless Steel in the Dairy Industry

in Documenti Chemicals Enti
Stainless Steel in the Dairy Industry: A Sustainable Solution for Human Diet Stainless Steel a Sustainable Material for: 1. PeopleBefore we can determine whether stainless steel is a sustainable material, we should first define what we mean by sustainability in relation to what is known as the… Leggi tutto

Hazard Classification and Labelling of Petroleum Substances in the EC Area

in Documenti Chemicals Enti
Hazard Classification and Labelling of Petroleum Substances in the European Economic Area This report contains an assessment of the hazardous properties of petroleum substances against the criteria of the CLP Regulation (EC 1272/2008) up to and including the 13th ATP (EU, 2018b) and Corrigendum to… Leggi tutto