The mental health of workers in the digital era

Technology has shaped the way we work, and has modified the work itself. Faster processes, electronic records, synchronous and advanced communication systems, such as video-audio conferencing, emailing, instant messaging and social networking have enabled a high level of communication; optimising time and minimising space.

Thanks to these advances, new professional sectors have been developed under the general description of teleworking including tele-medicine, tele-education, tele-consultancy. However, this growth, based on the associated technological achievements, has not been without a dark side. As early as 1982 it was recognised that working with new technology, can create a particular type of stress, known as technostress.

At the time, the term ‘technostress’ referred to the stress created while working with a computer. However, today’s workplaces are characterised by advances in technology which extend far beyond the evolution of desk-top computers, including devices such as smartphones, laptops and tablets.

A key common feature of these technological developments is that they enable the worker to work away from a conventional office set-up. In conjunction with this increased potential mobility, fast internet connections and features such as cloud computing facilitate a new way of working based on a worker potentially having connectivity at any time and anywhere. As a result, mobile devices can remain connected for an unlimited time raising the possibility of constant contact with others. However, this any time and anywhere connectivity and contact can be intrusive and unhelpful, potentially blurring the boundaries between work and personal life. This briefing aims to provide Committee members (and other readers) with an insight into how recent technical innovation and its pace affect the mental well-being of workers. It summarises the findings of the relevant literature and identifies areas requiring further research or data collection. 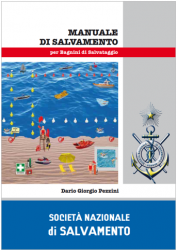