Helsinki, 10 July 2017 - ECHA has added one new very persistent and very bioaccumulative substance (PFHxS) to the Candidate List based on a proposal from Sweden.

ECHA has added the substance PFHxS to the Candidate List. Entries for bisphenol A and four phthalates have been updated to include endocrine-disrupting properties for human health. The Candidate List of substances of very high concern (SVHCs) for authorisation now contains 174 substances.

PFHxS belongs to the group of per- and polyfluoroalkyl substances (PFASs). This identification is part of a regulatory activity, targeting this large substance group with the aim to clarify the concerns and regulate the substances, as necessary. The aim is also to avoid undesired substitution with other PFASs. Several PFASs have already been identified as SVHCs, one group (PFOA and related substances) is now restricted, one restriction is under preparation and many assessments are underway.

The entry for bisphenol A (BPA) has also been updated to include endocrine-disrupting properties for human health, based on a proposal from France, following the SVHC identification process with the involvement of the Member State Committee (MSC). The BPA entry was updated to reflect an additional reason for inclusion due to its endocrine-disrupting properties causing adverse effects to human health. BPA was included in the Candidate List due to its toxicity to reproduction in January.

Due to the fact that the European Commission has decided on the endocrine-disrupting properties of four phthalates following MSC opinions on these substances, the existing entries for benzyl butyl phthalate (BBP), bis(2-ethylhexyl) phthalate (DEHP), dibutyl phthalate (DBP) and diisobutyl phthalate (DIBP) were also updated.

Substances included/updated in the Candidate List for authorisation on 7 July 2017 and their SVHC properties: 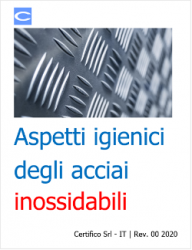 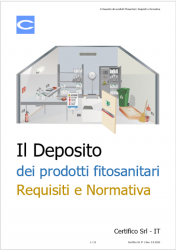 in Documenti Chemicals
IARC Monographs Volume 130 This volume of the IARC Monographs provides evaluations of the carcinogenicity of five industrial chemicals: 1,1,1-trichloroethane, 1,2-diphenylhydrazine, diphenylamine, N-methyloIacrylamide, and isophorone. 1,1,1-Trichloroethane was used extensively until the 1990s as a… Leggi tutto